Necropolis: d100 Treasures Liberated from the Sack of the Burning City

This is an excerpt from the Necropolis - a tomb-raiding supplement I am writing.

Loot from the Burning City

“It was a glorious sight. The temples of temptation, the libraries of lies, the palaces of perfidy. All were judged and levelled and made even. Legionaries and auxiliaries alike found satisfaction. Reason smiled upon Iks in those blood-red days.” - Leveller Titanká’s Diary of a Reasonable Person. 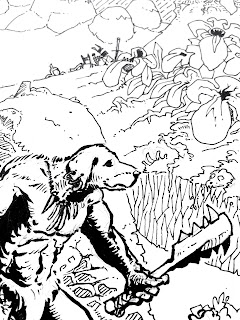 Referee: this table simulates the looting of Ébét. It is not a balanced table of starting equipment and in theory, a player might decide to retire a hero immediately after they roll on this table. That’s fine (and could be amusing). If you are using an alignment system, I would not allow any good-aligned characters to roll (unless they wanted to change alignment).

D100 Treasures Liberated from the Debauched City of Ébét